Did you know that as humans we develop three kidneys? Well, you might be saying that cannot be for really because humans only have 2 kidneys. Well, don’t panic this article will take you through the development of the kidneys.

There are 3 stages in the development of the kidney: 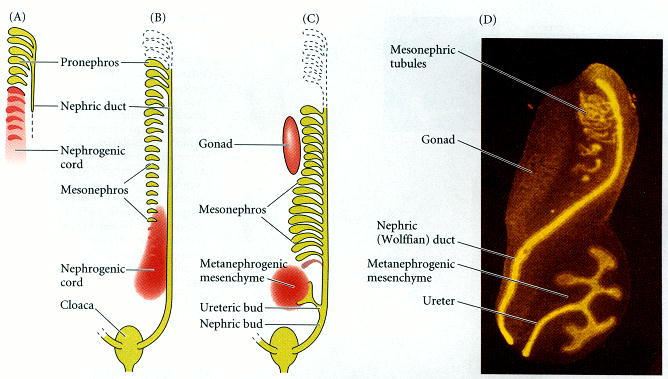 3.  The Metanephros- The Permanent Kidney Primoridium of the Metanephros of a Five-Week Embryo

The ureteric bud interacts with a portion of undifferentiated intermediate mesoderm called the metanephric mesenchyme. This interaction induces differentiation and thus the formation of the:

If there is an abnormal interaction between the ureteric bud and the metanephric mesenchyme, several congenital malformation of the kidney may result. What’s the Big Deal About Stress? A Look into the Stress Hormone – Cortisol